Judiciary not independent, how about Bursa regulators? 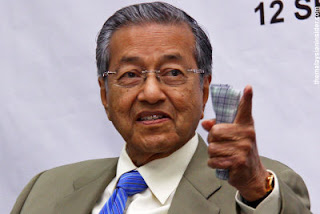 Tun Dr Mahathir Mohamad has called a former chief justice’s claim that the courts are subservient to politicians due to constitutional amendments made during his tenure a lie.

“That’s slander, but I won’t sue them. That whole gang, they make unfounded accusations,” the former prime minister said

The Lingam video clips play an important part in the discussion if the Malaysian courts are independent: 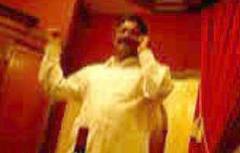 "On 17 January 2008 Mahathir was brought before a Royal Commission that look the manipulation of top judicial appointments during his administration, a scandal that has cast doubts about the independence of Malaysia's judiciary. He was made to testify before a government inquiry into a secretly recorded video clip that showed a man believed to be a prominent lawyer, V. K. Lingam, boasting that he could get key judicial appointments made with Mahathir's help. Throughout the inquiry Mahathir feign ignorance and forgot key timelines."

"A new revelation appeared showing PKR President Anwar Ibrahim releasing a third video clip purportedly showing Lingam talking about having dinner with and buying an expensive gift for former Chief Justice Tun Mohamed Dzaiddin Abdullah. Anwar said he was disappointed the Royal Commission which focused solely on the fixing of judges and did not allow evidence that court decisions had also been fixed."

But how about independence of other institutions, like the Securities Commission and Bursa Malaysia? Enforcement actions by these institutions can be found here: 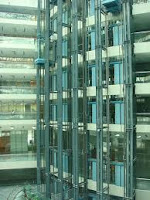 There is simply no enforcement against Government Linked Companies (GLC), established "blue chips", or corporate high-flyers.

The Institute of International Finance wrote a well-researched report in 2007:

Although positive remarks can be found regarding improvements, there are also some harsh observations:

Despite its operational independence, the SC is perceived as being influenced by the MoF by a cross-section of market participants and is considered to be a weak regulator. Nevertheless, it is considered a much stronger regulator than the Companies Commission, which is responsible for regulating all companies incorporated under the Companies Act of 1965. The SC has enforcement powers against those who breach the securities laws. However, companies and individuals who do not comply with the Companies Act can only be prosecuted by the Companies Commission, which has a weak surveillance and enforcement division. The SC, which has a stronger surveillance and enforcement function, provides the Companies Commission with information it may discover regarding financial wrongdoing or non-compliance during the course of SC investigations but there is limited coordination in bringing such companies to trial. However, on its own, the SC has taken action against companies that fail to ensure its consolidated financial statements are in accordance with approved accounting standards, corporate disclosures contain material omissions and submission of false information.

The following suggestions were made:

This report is written five years ago, but nothing has really changed regarding the above suggestions, except for some items in the Corporate Governance Blueprint 2011.