A big thank you for these guys and to all the readers and to AsiaSentinel and blogger.com for giving me the opportunity. 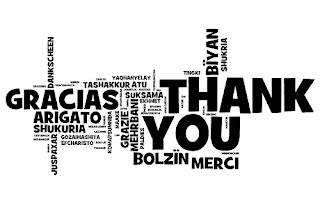 I will continue trying to come up with more Corporate Governance cases, based on publicly available information. I can use the huge database from Ze Moolah's website, who is fighting the corporate misdeeds for such a long time. For me, people like him, P. Gunasegaram from The Star (previously from The Edge) and a host of other bloggers and journalists are the real heroes, fighting for injustice in Malaysia, exposing the crooks.

More information will continue on the Maybulk/POSH saga, I owe the readers a clear explanation why this deal was so bad. One hint, if a company wants a huge amount of money, what is the first question you would ask? Exactly, but that question is not answered in the circular of 130 pages, the reason for the omission will be revealed. As usual in Malaysia, look for the information that is not given. But how is it possible that Bursa Malaysia and all the advisers and directors assigned to this deal approved the circular where this important piece of information was missing?

I hope that the CEO of Bursa Malaysia will come forward, explaining why he supported the POSH deal (he could have single handedly stopped it by voting against it and recommending Bank Pembangunan Malaysia to do the same) and how he deals with the clear conflict of interest in this matter by being the regulator dealing with the complaints on the circular. And why he dropped his Maybulk directorship from his C.V.

Bursa Malaysia, I think there is a lot more wrong with this "company" (it is a proper company and even listed, but I still can't believe that, it was a huge mistake).

The Bumi Armada saga will be highlighted: listing, delisting and relisting, a series of exercises where Minority Investors were not allowed to share in the growth of the company, and thus missed out on the unbelievable amount of more than RM 2,000,000,000.

Related Party Transactions and General Offers with "delisting threat", they will often feature for the simple reason that these are huge deals and Minority Investors have no realistic chance to fight them.

AirAsia won some Corporate Governance awards, in my opinion this company doesn't deserve them at all, explanations will be given.

My commitment: in this: full 100% support for the Minority Investors, let there be no doubt about that.

I only own shares in two Malaysian companies. The first is the closed-end fund iCapital, managed by Dr. Tan and trading at a discount to its Net Asset Value. The other might come as a huge surprise to my readers, it is MAS (Malaysian Airline System). No, not the share but the preferred one, MAS-PA, a bond like instrument that paid a few times interest and will be redeemed at full price if MAS is not bankrupt, which seems unlikely to me (even more unlikely now that Tony Fernandes is a shareholder). I will not buy any other Malaysian share, neither for my own account, my wife's or my company's. If I write that I hope that Minority Shareholders of say E&O or PMI get a better, more fair deal then that doesn't mean that I have bought the share or will do so, or that I recommend anybody to buy. I anyhow don't recommend anything, investors always should do their own homework and take full responsibility for their actions. I do invest myself, mostly in Singaporean and Hong Kong smallcap stocks, plus some large global companies. I also own some unit trusts / funds.